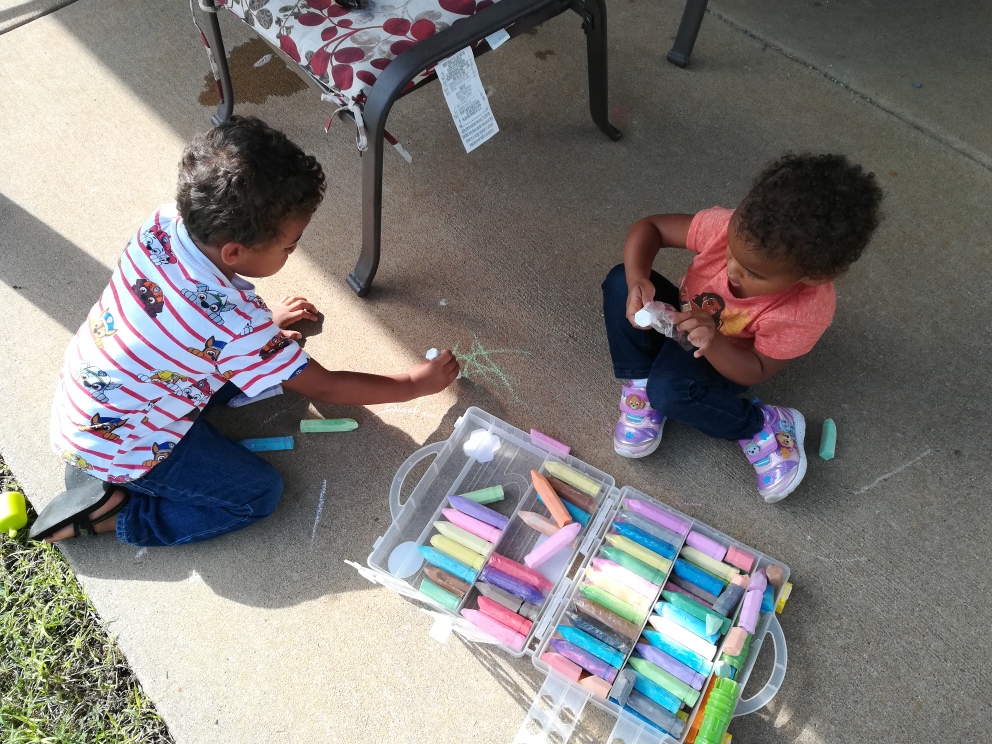 It’s no secret that my family has been deep in a home remodel for the last year. We are so blessed to have a home that is near a great school and has plenty of space for our family and entertaining guests. Prior to moving into our home, one of my long-term goals was to have a playroom for my children. I dreamed of them having a special area with lots of drawers, buckets, and bins for their toys.

At our old house, we quickly outgrew it after the birth of our daughter who shared her room with an office. Their play area consisted of a small, gated corner of our living room once she learned to crawl. At my son’s second and third birthday parties, he received a lot of toys. I let him keep a few of his favorites and put the rest away for a rainy day when he was bored so he would have something new to entertain himself. I looked forward to the days of having more space and more stuff.

After my son’s fourth birthday party this year, he came home with too many toys in my opinion. 🤪 As in years past, I let him keep a few of his favorite things but told him he would have to wait to get other items at a later time. I also told him we would be putting some of his current toys away as well as giving away ones that he was no longer playing with. He was a little put off by the idea and asked for his additional birthday toys consistently for at least a week.

Last year, I watched Minimalism: A Documentary and also read Clutterfree with Kids by Joshua Becker. It really changed my perspective on having lots of material possessions. In short, minimalism revolves around the idea that having things won’t make you happy as well as being more intentional when purchasing goods. With that belief system in place, a person is more apt to only buys things that they need without excess and because they aren’t as busy with “stuff”, have more time to invest in relationships, hobbies etc. Quality of life doesn’t necessarily equate to a large quantity of stuff.

This summer, the kids and I spent a lot of our time out and about at the library or pool but also just running around the sprinklers in our yard, playing in their kiddie pool or with the toys we already had. I’ve let go of my idea of a playroom because I’m finding if we had a bunch of toys, they wouldn’t necessarily be played with and I want to teach my kids to enjoy the things that they have. There’s a toy box full of toys in their room which is good enough for us. I’m not anti-playroom and my kids love to visit friends with them but having toys is not what I want the focus of their upbringing to be at home. Growing up as an only child, I had a ton of toys but got bored often with the things that I had. My hope is by limiting their amount of playthings and shuffling around the toys they do have, their imaginations will continue to grow and hopefully they will develop a feeling of responsibility for their toys.

As for my children’s current toy situation, they seem to be pretty content with it. Meaning they are not currently begging for more toys although I’m sure they wouldn’t turn them down. 😆 About two months after my son’s birthday party, my kids had a day where they were pretty stir crazy so I gave them a few new toys that I had been saving for such a time. They were pleased and didn’t seem to notice the few toys I took away in their place. 😉

Do your kiddos have playrooms? Is there a such thing as too many toys? Comment below.