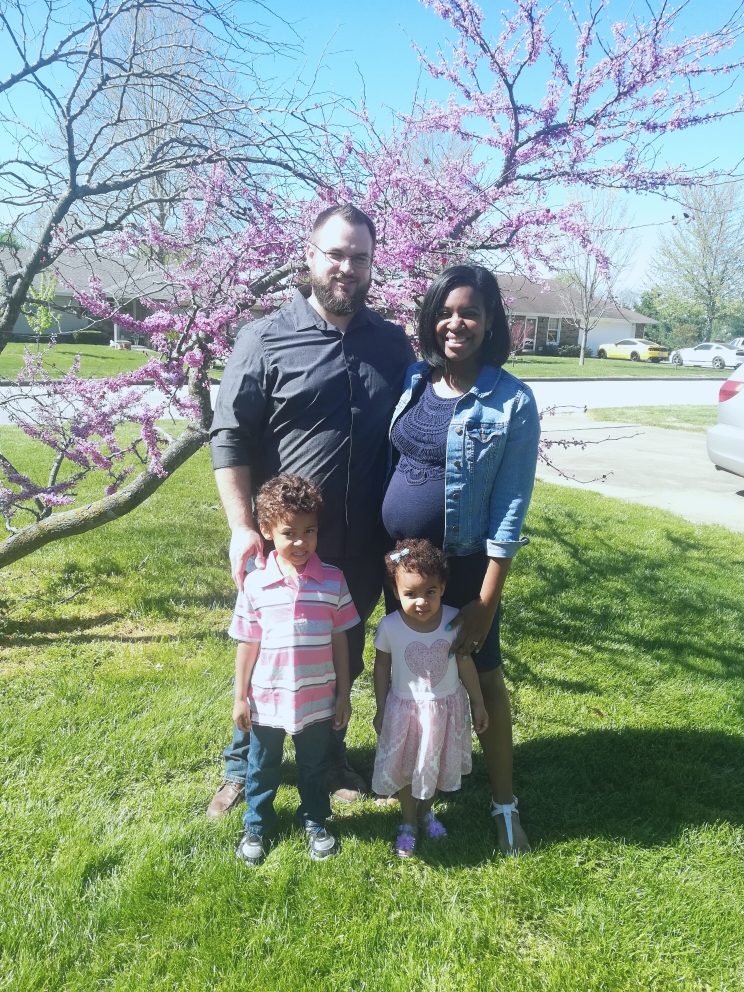 I’m about a month away from welcoming Baby York #3 into our family. I wasn’t sure what I’d write about this week and since people have been asking me a lot of questions about this pregnancy, I thought I would just organize my thoughts here for your entertainment.

First of all, I will say that I am so thankful to just be pregnant with this baby. More so than I’ve ever been in my other pregnancies. I’m painfully aware of others that want to have families or have unfortunately lost their babies that I do not take this time for granted. My answers are honest but I thank God everyday for having another healthy pregnancy. I did a little IG post about it as well.

Secondly, compared to my others this has been my HARDEST pregnancy. From what I’ve heard from my friends raising young kids simultaneously – soon to be three under age in 5 in my household – it’s exhausting. I was constantly worn out and would often fall asleep on the couch after dinner. Shout out to having a good baby daddy to take care of the kids. ❤️🧔🏻 Also, this time around, I was extra sick for the first 16 weeks. I didn’t know that you could be non-stop nauseous no matter what you ate. I rarely threw up – I HATE throwing up and will mentally will myself not to – but vomiting or not, there were a couple of months where I felt sick from 3 pm until I went to bed. I know some women have it WAY worse with being extremely sick – hello hyperemesis gravidarum – so I still feel pretty fortunate.

I’m also at the point where I feel like I’ve been pregnant forever and don’t remember what it was like before pregnancy. I’ve been pregnant since November and known about it since December 1st. We slowly and surely told people – face to face mind you- until April. Some of my favorite moments were when a friend surprised me that she was our new neighbor while I simultaneously surprised her that I was 5 months pregnant. (The last time I saw her I wasn’t showing.) Then there was the time when I met up with another friend of mine for a playdate and the size of my belly pretty much spoke for itself that I was pregnant. We didn’t “announce it” until Spring and that was only because I was going to a wedding shower in a few days and didn’t want to just show up 5 and 1/2 months pregnant. 🙃

No, my husband and I do not know the gender of this baby. We didn’t find out with our firstborn and it was so fun. I might just write a whole other blog about what it’s like not knowing the gender because usually, the follow-up comment I’m met with is, “I could NEVER do that!” or “Well I bet that’s because you already have a boy or a girl.”. But that’s a whole other blog post.

We also have a name for either gender but we’re keeping those under lock and key as well. What I will say is with the weeks dwindling down people start saying, “I bet you’re ready to have this baby.”.

Yes, I am because my body can’t take too much more of pregnancy, I feel like I’ve waddled and been pregnant my whole life. On the other hand, I am such a big fan of where my kids are right now & adjusting to big changes can be hard for me. I’ve gotten a LITTLE better with time but man if I could have a year of things being exactly the way they are I would.

I remember when my daughter was born and my son, almost 2 and a half, came to visit us in the hospital with grandparents. When we left for the hospital he was still my little guy but when I saw him again after having my daughter he was a GIANT! It was crazy. Right now my daughter is still my baby girl and I’m not ready to look at her through those when did they get so big eyes. I also remember feeling a little guilty because I was heavily in the newborn fog and my son was 2-and-a-half years old and really growing into his personality and saying funny things. I felt like I couldn’t really grasp or appreciate them because I was so dang tired. I know it takes about 4 to 6 months for me to feel like myself again – just in time for Christmas 😀 – but I want to just savor this time now where I’m not totally sleep deprived. I wake up a couple of times a night to go to the bathroom but other than I’m still getting sleep and yes I have some aches and pains, Braxton hicks and I’m feeling large. Other than that I’ll take this moment right now over complete exhaustion and being woken up at all hours of the night.

Lastly, I will say my attitude this time around is drastically different and I’m much more relaxed in some ways than I’ve ever been at this stage. I know labor hurts. I’m praying this one will be less than 24 hours but I know that once it’s over, IT’S OVER and the real fun starts.

Do you guys want to hear more about this pregnancy? What I’m bringing to the hospital? What it’s like to not know the gender? Let me know! 🤰🏾❤️👶🏽

Also, if you have any tips on having a young child in school – my son is going to Kindergarten this fall – and a newborn PLEASE tell me. Having one just starting in life and another starting school is a tad overwhelming. 😬