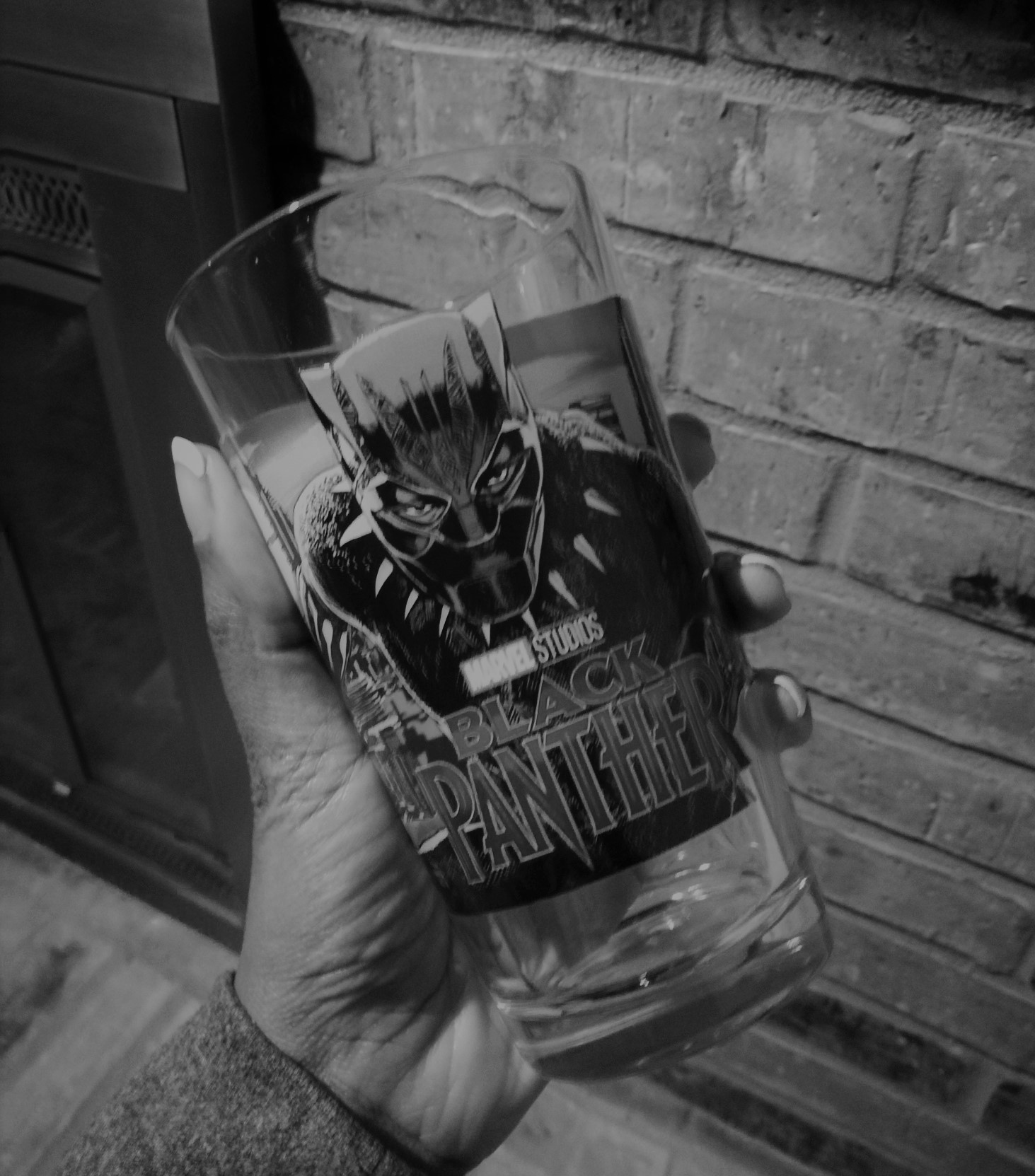 Black Panther was a moving cinematic experience. I’ve seen it twice already and for me to say I paid FULL price (I’m cheap you guys) to see something in theaters means I beyond loved it. There was great action, high quality special effects, strong female characters and paying homage to African culture in the fictional country of Wakanda.  (Don’t worry, I won’t spoil it for you if you haven’t seen it yet. The film is phenomenal. GO SEE IT!!!) This movie was a HUGE deal to me with the majority of characters being people of color.

Now maybe this isn’t a big deal to you but being a person of color, I’ve never seen a big budget movie of this magnitude, where most of the characters were melanin rich, not to mention a super hero movie. ( I mean there was Meteor Man in the 90s but he was defending the ‘hood and that wasn’t based off a comic book.) Most movies featuring a MAJORITY of Black actors represent impoverished neighborhoods or slaves not a country rich in resources that is technicalogically advanced. After Black Panther, I walked out of that movie theater BEAMING!

I have never been more proud to be a Brown girl. Growing up, I always struggled with insecurities especially being rich in melanin. There is a big color bias in the Black community that the lighter you are, the prettier you are. (The documentary Dark Girls has a bunch of real and heartbreaking knowledge on the subject.) As a kid my role models in media was the character Lisa, Steve Urkel’s obsession, from Family Matters and Brandy in Moesha. I didn’t have cable as a kid so my perception of dark brown girls on tv was pretty limited. But R&B singer and actress Brandy was one of my greatest role models. She literally changed the game for me. She had dark skin like me, braided hair and she wanted to be a writer in Moesha. I had found my spirit animal.

Today, I am often times the Lisa Turtle (from Saved by the Bell) in my friend circles, a.k.a. the lone Black girl. It doesn’t bother me and I have friends from all sorts of backgrounds. However, when I was a kid and looking for acceptance, having friends that looked like me was a big deal though skin color is superficial. Hear my heart. Although I am a woman of color, my identity is in a lot of things like being a wife, a mother, an American and above all else a believer in Jesus.  But I’m gonna be real. I’ve had times in my life, not at all recently, where my skin color got me down.

But watching Black Panther (sorry, I took a super long rabbit trail to get here), I was reminded of the beauty in my skin tone. Watching these tenacious women that resembled me and were stunningly gorgeous was encouraging! I have never felt prouder to be me. I briefly (VERY briefly) considered shaving my head after that movie to reflect the Dora Milaje, the Wakandan female warriors, in Black Panther but I decided against it. 😆I like my hair and I’ll just get braids again to pay homage to Wakanda. I don’t want to change the depth in my skin and I didn’t want to before the film but it took the portrayal of a fictional nation to remind me of the beauty in it. #WakandaForever 🙅🏿

Do you need to be a person of color to appreciate this movie? NOT AT ALL. So do it!

Have you guys seen Black Panther? What did you think? Comment below!