Give Thanks for Wheels 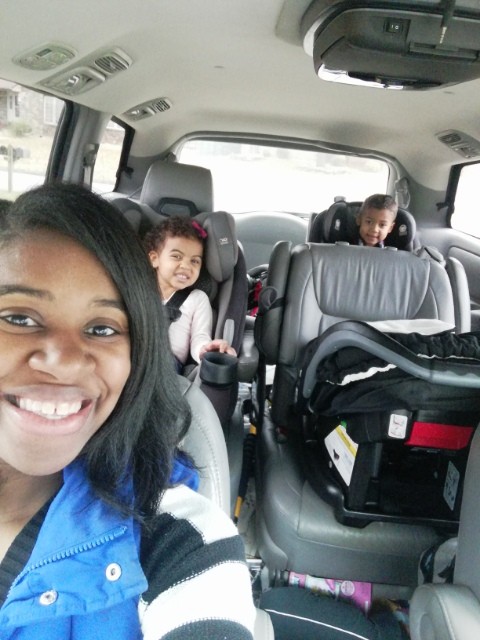 Thanksgiving is typically a time of year where we count our blessings. This year it might be hard for some people as the year didn’t turn out as they had hoped for. Myself included. However, I am a firm believer there is ALWAYS something to be grateful for even when things get uncomfortable. Sometimes I take things for granted and get so tied up in the details.

Let me give you an example. Our family has had a mini-van that I’ve driven for the last 6 years. I enjoy having a mini-van. The automatic sliding doors make raising my three children a little easier. I know some people despise them but I really like having one. There is nothing particularly wrong with ours but I started thinking about how I’d like a new one. It is a 2002 Toyota Sienna. It has a couple of scratches from the time we drove by a prickly bush in Arizona. My driver side mirror has a bit of the outer casing taken off from when I parked it on the street a little too far away from the curb and someone sped past our house and nicked it a few months after we brought it home. 😬 Currently, one of the sliding doors only opens and closes from a tug on the handle instead of the key fob. It’d be nice to have a new one.

But then I begin to reflect on how my husband and I came to get the van in the first place. Several months before I became a stay at home mom my car broke down. The year was 2014 and I had a 2001 Saturn L200. On the way to work one day, the engine failed right in front of the ambulance lane of a local hospital’s emergency department. 😰 I freaked out as the car died in traffic, called my husband, and had to get the car towed to the front of our house never to be driven again.

After my son was born, our routine was that my husband and I would get ready for the day together if I was planning to go somewhere. Then I would load up the baby, drop my husband off at work, do whatever needed to be done, and pick him up afterward. It worked for a while but we were on the hunt for a car particularly a van. Someone told me about the power of automatic sliding doors (they were right) and we decided it would be a good option for us as a current family of three and our future family.

After doing our research, we decided that we wanted a Toyota Sienna. It was within our cash budget, historically runs well, and had great reviews. The problem was finding one. We would often call to set up appointments only to find that the car had just been sold. We test drove a few but something was a little off about them. I also personally wanted a silver van because the last two cars I had that were gold broke down. (The other vans we test drove were not silver.)

The times my husband and I have been in seasons of transition I tend to get impatient. We had looked for a few months or so but I was over driving my husband to work. I remember getting frustrated like can’t we just get a van already?! Looking back, it really wasn’t a terrible situation and I was being particular but I wanted a car that I could drive whenever I wanted so I could add some flexibility into my schedule.

One day as we were doing our frequent Craigslist search, we found a Toyota Sienna a couple of hours away in Arkansas. It was a fresh listing and we made arrangements to go see it. The seller was really nice but while we were there another couple (with a baby) showed up and started looking at the van. After a brief discussion, we decided to purchase it. I felt a little bad for this other family because like us, they had an infant too but so did we and we got there first. (Petty energy but I don’t care.) I know God had that minivan set aside for us. He worked it all out in every specific detail even down to the color. (To this day we probably wouldn’t even consider a gold vehicle in the future due to my personal history with them.)

The van, which I named Miracle, has been a blessing. She has taken us on several road trips through at least 13 states. We’ve never had any major problems with her and I’m grateful for it. Sometimes it’s easy to forget where you’ve been and what your blessing has brought you through. Yes, it’s not the newest but the things that irritate me can be fixed, not to mention it’s paid off. 🙌🏾 When I think about how we got our van it puts the little things that irk me about it into perspective. Thinking about how it was set aside for us puts a little pep in my step and helps steer my mind in a new direction even though the situation itself hasn’t changed.

Sometimes we can believe that the things that we have are owed to us but they are gifts. When we forget that instead of gratitude we become filled with entitlement and that is not a recipe for joy. When I reflect on how we got our van, I am reminded that God cares about the details. I still would like a new van at some point but I can shift my focus to the blessing of what He’s already given me. Not just in what I drive but in numerous areas of my life. In my home, my fitness journey, and even this blog, there are areas that I want to see grow and change. These are areas where I need to put work into but I can be thankful for where I have come thus far while I wait. And change is coming. If He did it before He can do it again. ❤️