Good for a Laugh 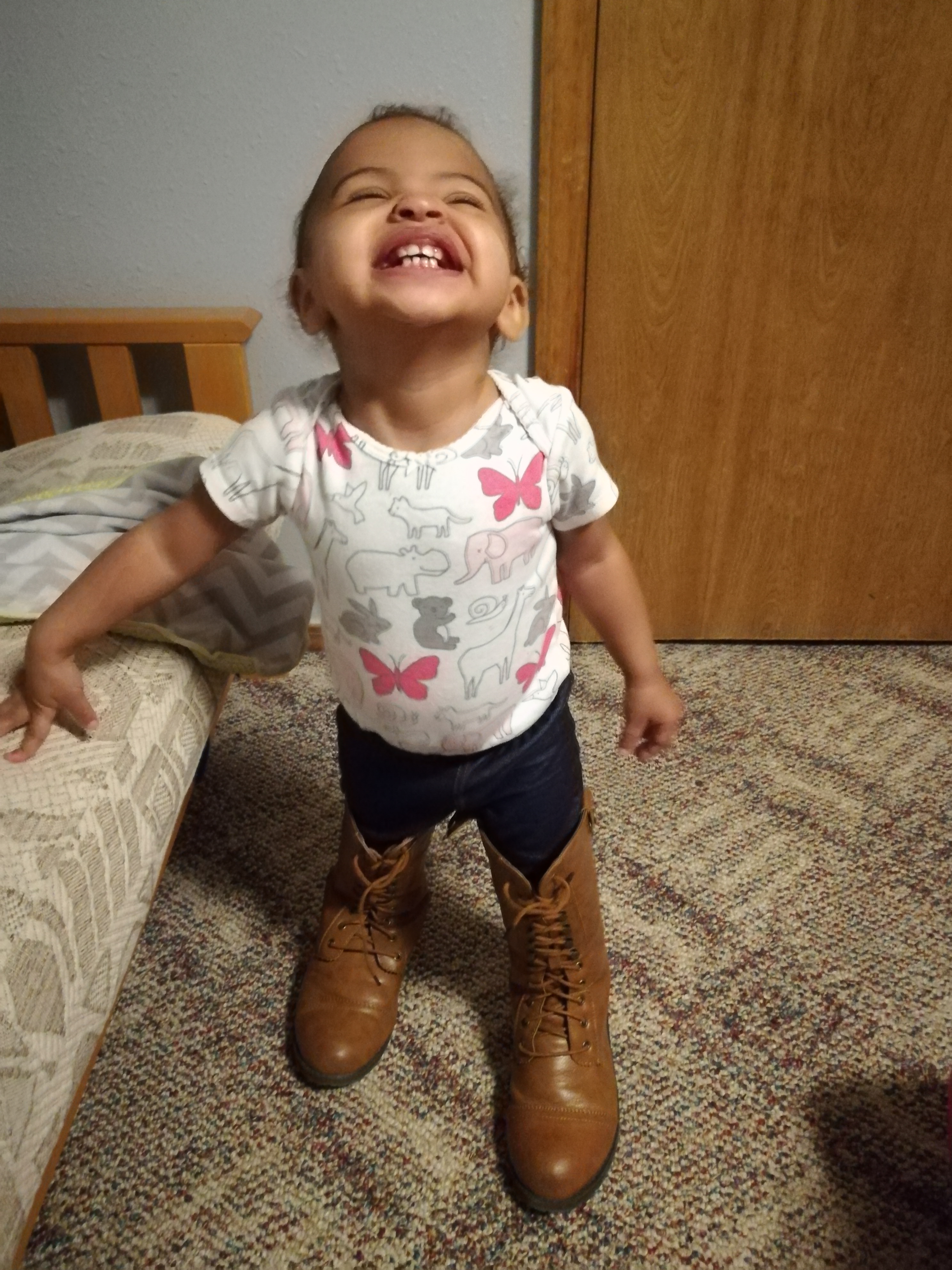 My blog is called “Laughs Loud Often” because it’s how I would describe myself in 3 words. I love a good laugh. It’s food for the soul. It lightens the mood. Things are more fun when you’re laughing. That’s why my Instagram feed has several stand-up comedians that I follow. There’ve been times where I was having a rough day and I’ve scrolled onto something hilarious that has given me a hearty laugh. That being said, I thought I would share some of my favorite comedians right now, all of whom can be “followed” or “liked” on social media. They make me smile as big as my daughter wearing my shoes. 😂

I first heard about him 5 years ago on YouTube when he was part of a group called The Playmakers. Earlier this year, I had the privilege of going to the Real Comedians of Social Media tour in St. Louis that he was headling. KevOnStage is a clean comedian that talks about marriage, family, church and current events. Last year, I saw a lot of my friends posting a video of his rantings on about how you don’t eat at waffle house because it’s clean but because it’s cheap. 🤣🤣🤣 If you haven’t seen that video of his, here it is. The video that I most relate to is how your 30s are awesome because you’re not poor anymore.  You can find that here.

Tony Baker was also on the Real Comedians of Social Media tour and my face hurt after his set was over from smiling so much. All of his jokes were relatable and funny to me. He also does movie reviews on YouTube that I really enjoy. Here’s his spoiler-filled review of Avengers. Although I hadn’t heard of him prior to the tour I attended, he has been doing standup for over 10 years and was also featured on Last Comic Standing. Some of my favorite videos of his are the voice-overs he does. I don’t even really like cat videos but this had me cracking up. If you enjoy his comedy, he has a special called Scaredy Cat available on iTunes and Google Play for purchase. (Some of his videos do have language. It doesn’t bother me but you may want to be mindful if you’re trying to watch it around young kids like I am.)

The last, but not least, comedian of the Real Comedians of Social Media tour was one that my husband found especially funny. I did as well. With his merch tagline of Naps over Everything (🙌🏿) and insights about life, he is guaranteed to make you smile. He’s been featured on Brooklyn Nine-Nine and plays the character Fast Mike on the HBO show Insecure.  Here’s my favorite video of his. I’ve literally thought this at the movie theater.  (Some of his videos have language which he usually will preface on Instagram. Again it doesn’t bother me just a forewarning if you’re going to watch it in front of little kids.) Also did you know God’s grace tastes like Raisin Bran with bananas. This is too funny!

If you are a Christian, you’ve probably heard of John Crist. His observations about Christian culture in his standup and YouTube videos, like my personal favorite Church Hunters, will make you laugh. Sometimes I think Christianity can take itself a little too seriously but Crist for me is the perfect antidote. Not to mention the church lady who has a verse for everything, who secretly remind me of my mother. 🤣I showed it to her a while back and she thought it was hilarious.

I first heard of Gerry Brooks a couple of years back on Facebook from a friend that’s a teacher. As my son gets closer to being school age (😭 ) I’ve become more and more aware and intrigued about the public school system. Although he’s not a comedian but a principal, Brooks is a definitely worth adding to my list. Whether it’s his southern drawl, his explanations of what teachers really think or many abbreviations, I’m always smiling or laughing while watching one of his videos. Here’s one of my favorites. I saw this video a few weeks ago and it made me chuckle as well.

Here are also some of my favorite comedy specials to watch that you can currently find on Netflix.

A clean comedian who talks about his views on holidays and having 5 kids. This is probably one of the first comedy specials I ever watched on Netflix and it is a classic in my opinion.

A very pregnant Ali Wong talks about marriage, her family and pregnancy. I watched this when I was pregnant with my daughter and found it especially hilarious. (Warning:  Language Don’t watch it in front of your kids. ) Also I saw her new special Hard Knock Wife that was released a few months ago and I can’t say I’d recommend that one. It wasn’t as funny to me. Maybe I just have to be pregnant to enjoy her comedy.

Trevor Noah – African American The host of Comedy Central’s The Daily Show talks about growing up in South African and his observations of American culture. (Warning: Language)

Minhaj, a Daily Show correspondent and host of the 2017 White House Correspondents Dinner, talks about his experience being raised in California by immigrant parents from India. Definitely has some drama in it but I absolutely loved it. (Warning: Language)

Also a favorite of mine but at the moment I can’t recall the content to describe it to you. I just remember that I laughed but there is some language.

Who are some of your favorite comedians? Were you introduced to anyone new from my list? Comment below!