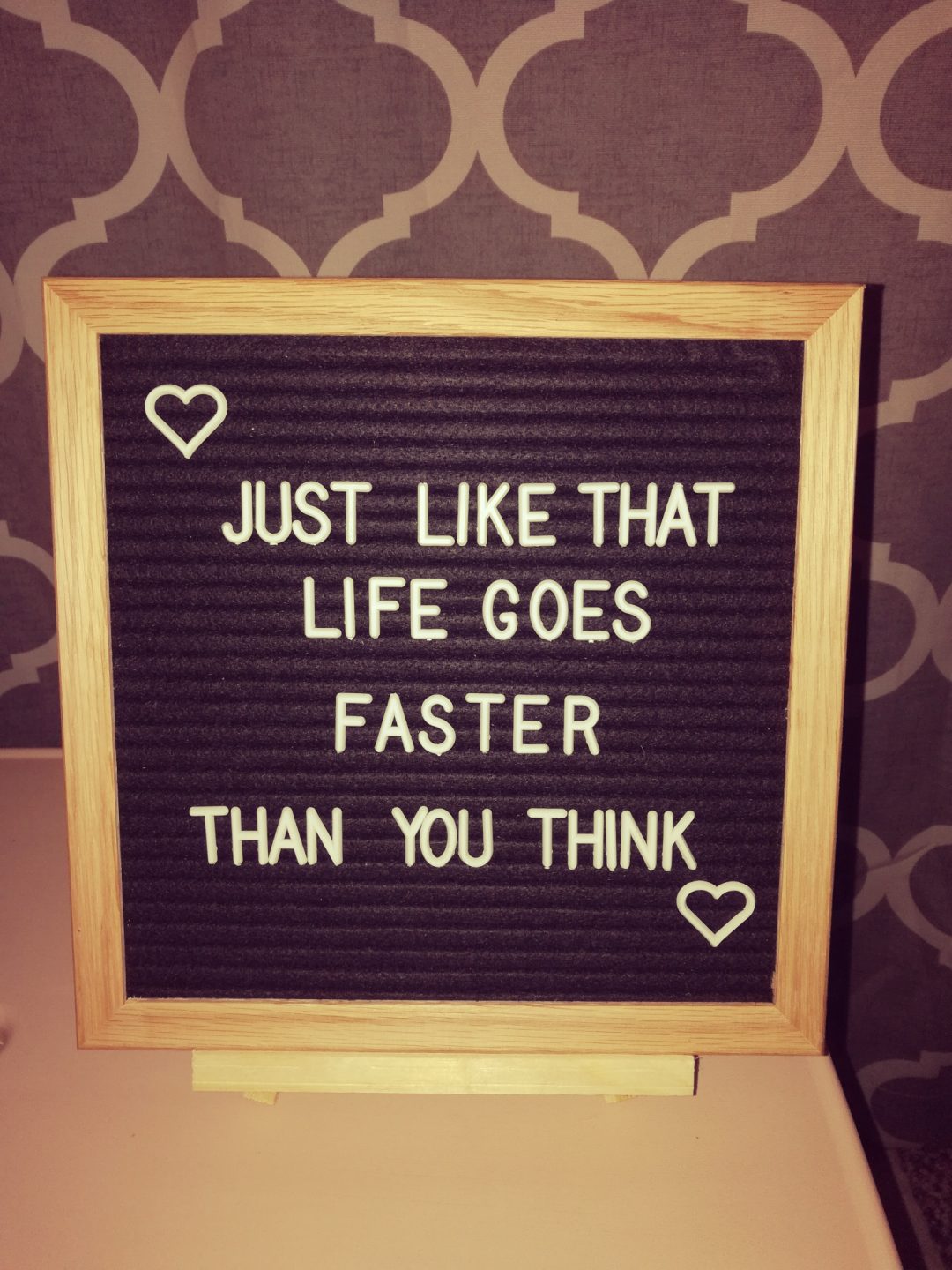 Hello & Happy March! Another month has flown by. I didn’t blog nearly as much as I had planned in February due to a family trip, getting sick, kids being briefly sick and making progress in our home remodel amongst other things. My birthday came and went this week and I’m now living life in my 31st year. It hasn’t really felt any different except I’m extremely aware of how fast time is flying by.

If I’ve learned anything over the past couple of years, which I have, it’s that age is relative. Someone is always going to be older or younger than you but there is definitely beauty and joy in getting older. Speaking of aging, I realize that not only are my husband and I getting older but so are our kiddos. Obvious, I know but hear me out. 🙂

A couple of days ago, I got my son all registered for Kindergarten in the fall. He’ll be one of the younger ones in his class with a June birthday but I know that he’s ready for it. He’s thrilled to go and I am too. People have been asking me recently how I feel about it and to be honest, I’m excited. It’ll be strange that he will be going to school 5 days a week but also timely. It’s taking a bit more to keep his interest at home –  aside from Legos and screen time which I do my best to limit. Although we do play together, read books etc. I’ve let go of the dream of being the crafty, Pinterest mom that I thought I’d be. Not that we don’t ever cook together or create things but I don’t have time to do that all day every day. We have a general routine that we stick to, go to the library once a week and meet up for playdates here and there. I feel like that’s enough. I’m happier this way than trying to run my kids around to every activity in the 417 area code. I’m sure they would enjoy it but I’d be exhausted. Plus he doesn’t nap as often anymore, so there’s that.

But I digress. It’s neat to see how independent he’s become. He’s not just my little guy that’s along for the ride anymore. He prefers certain entertainment, toys, and activities now. At the beginning of February, my husband and I decided to take the kids to an African American Read-in at the library to celebrate Black History Month. I usually don’t tell the kids what we have planned until the day of an event. When we told my son what we were going to do he looked at us and in the most genuine tone said, “You ruined my plans.”. 😮😆 I laughed internally (and maybe externally) but not to his face. I heard him out that he wanted to play “little Legos” (also known as not Duplos) with his dad. We explained to him that Mom and Dad are the ones that make the plans and he was going with us. We met a good friend with a child around his age there and he ended up having a great time but his concepts and commentary has me walking a fine line between laughing, trying to explain why and being a little frustrated that he won’t just do what I want.

Sorry… what am I trying to say again? Ah yes, my thoughts on signing my son up for Kindergarten. (I won’t go too much into why we’re sending him to school and not homeschooling. I know some great people, like one of my sisters in law, that does it and I think if you feel a peace and leading to do that go right ahead. When it comes to my kiddos education, I don’t have that prompting.) When I told my son, that I’d gotten him registered, he said, “Yes! I’m excited. I can’t wait to go!”. Now I don’t know if he fully understands the concepts of what will happen but I’ve told him that he’s going to go to school for as many days as “Daddy goes to work” and that it’ll be longer than his half-day preschool schedule. I’ve also tried to emphasize that he’ll learn things like how to read which he can then use to do just about anything. I’ve talked about how he’ll make new friends and go on field trips and there are so many new experiences waiting for him at the local elementary school near our home.

Even though his leaving will be a little bittersweet, I couldn’t be happier that he is becoming his own individual. I feel that my husband and I have done our best when it comes to laying the foundation for listening to his conscience,  doing the right thing – hopefully- and being kind. He’s not perfect but the basics are in there. Not to mention he already knows most of the preschool basics like colors, numbers, shapes, the alphabet, patterns, sequencing and recognizes some sight words. All of that being said, I don’t feel like he was just born yesterday. A lot of things that have happened between June 5th, 2014 and today. I’m not the same person and neither is he. He’s on his way to his own adventures and believe it or not so am I. 😊

“You’re off to Great Places!
Today is your day!
Your mountain is waiting,
So… get on your way!”
-Dr. Seuss, Oh, The Places You’ll Go!