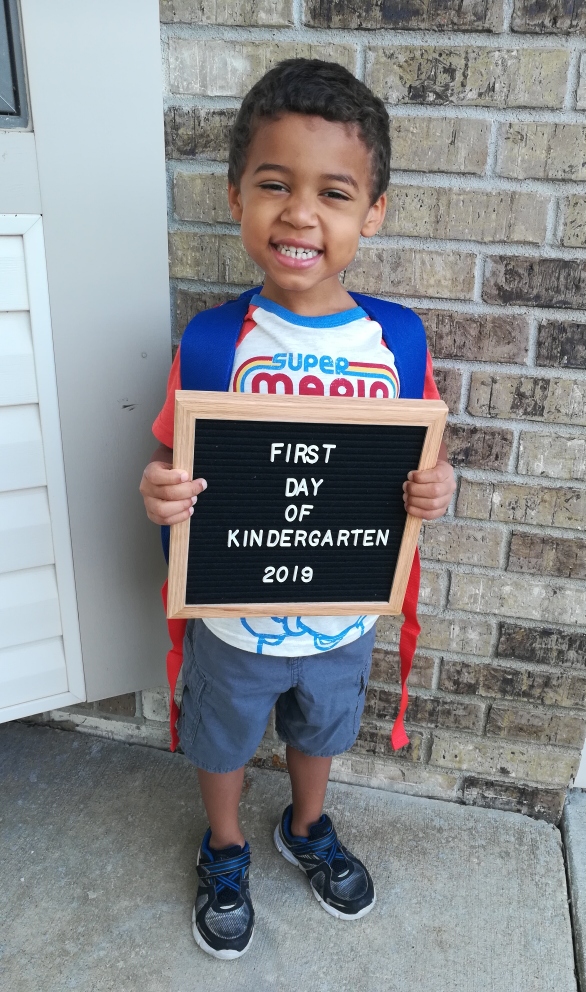 I mentioned in my last blog post that kindergarten was my biggest adjustment as of late – even more than having a third child. Kindergarten with your first kiddo is something I feel like you can’t fully prepare for as a parent. I knew my son was prepared but I didn’t give much thought to how parenting a kindergartner would change my daily life. With another baby on the way, I knew I was ready for him to go because he was ready. There wasn’t really much else for him to glean from me by staying home another year. Now three months in, my oldest being in school feels so routine. Here are some of the things that really surprised me about it before I completely forget.

A friend of mine DID tell me that you’ll be surprised how much your child changes by the end of kindergarten. Well the year’s not even over yet and he’s already a different kid than he was at the start of it. He always comes home so excited to tell us about his day and what he’s been up to. He is making friendships on his own, navigating new situations, and exploring new subjects. I didn’t really think about how having new experiences outside of our home would change him as a person.

What nobody told me though is how much having a Kindergartner impacts your whole family’s life. Our morning and evening routines have completely changed. Even though he was in preschool two days a week last year, I was pretty relaxed about our morning routine and if we got to school a little late it was no big deal. I’m pretty sure I was either right on time or late for pre-k every morning. This time around, our routines are a bit more unyielding. I try to get up every morning before the kids so I can shower and be ready to get them together for the day. We also need to leave the house by a certain time. (Big shout out to my husband who started taking my son to school again in the mornings. 😍 It’s nice having a bit of a break with my little ones instead of getting all three out the door.)

Then there’s the evenings. We kind of had dinner around the same time every night but often after 6 pm.. We would take however long to eat and then get ready for bed accordingly. These days things are a bit more strict with doing homework, making sure we have dinner on the table at the  so bedtime doesn’t get delayed.

Another huge change around here is naps for my two youngest. Since the littles and I leave with me to get their big brother, they need to wake up at a certain time for school pickup. Gone are the days when my daughter would nap until whatever time. I do my best to put her to bed at the same time so she can sleep for at least an hour. Then there’s our infant son who is just along for the ride. His naps are always interrupted.

It’s a whole new world with a kindergartner and although we have settled into new routines, it can be a little chaotic sometimes. But the coolest thing by far is watching my son become his whole independent self. He dresses himself, brushes his own teeth, and has continued to be more responsible.  He’s learned a lot in a few short months and is doing things in reading, writing and math that he couldn’t before. He’s his own special kid and I’m so proud of him.💗