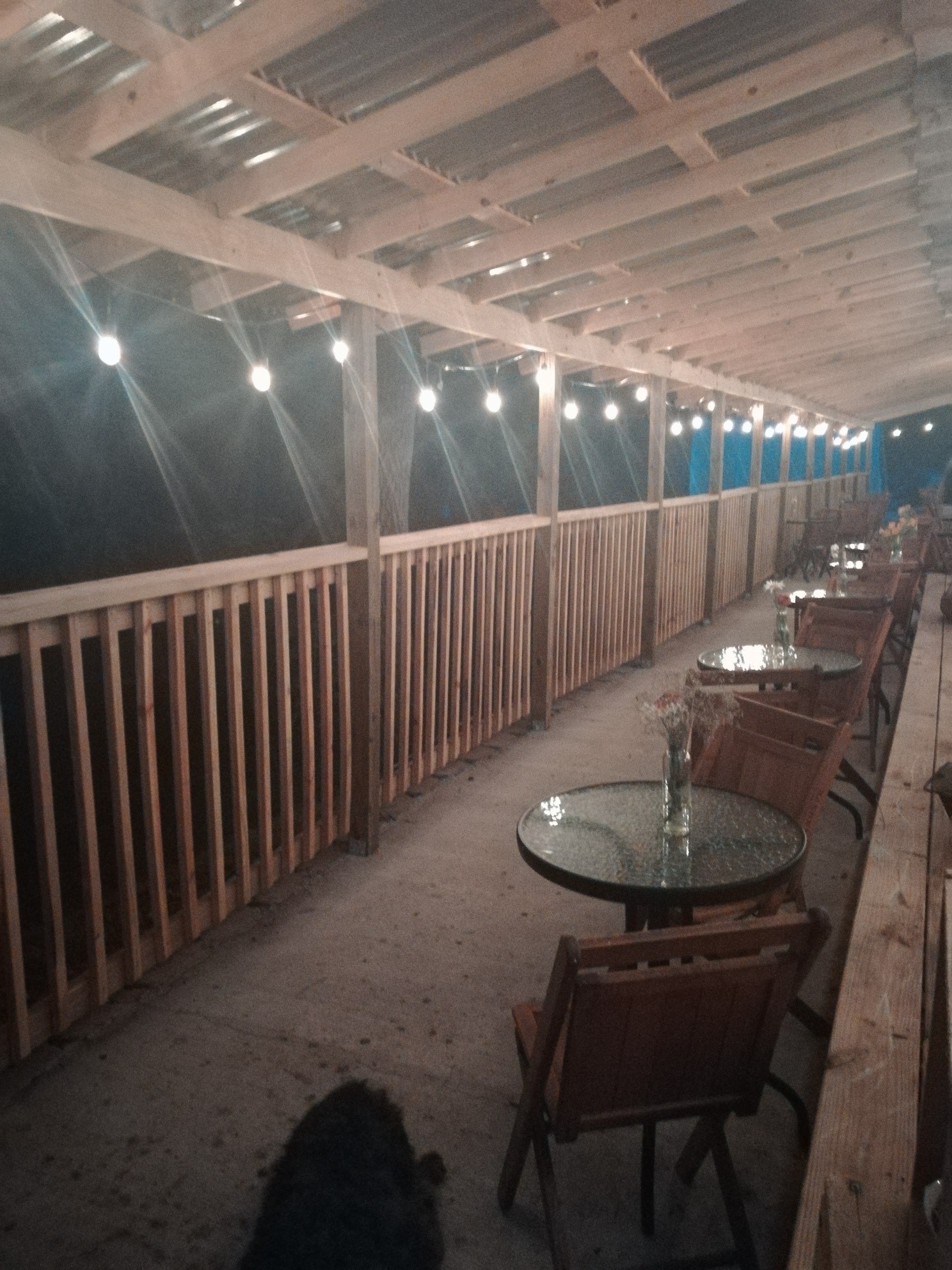 A couple of nights ago I had the pleasure of visiting Lavender Falls Farm in Jamesville, MO for a dinner date with girlfriends. I didn’t really know anything about it aside from the pictures I saw on Instagram of eating outside and lavender infused food. I was intrigued but after visiting, pleasantly surprised. Read on for my full review.

The drive to Lavender Falls Farm was beautiful. Taking Farm Road 141 straight south out of Springfield will have you passing by some amazing scenery. The hilly, lush, winding drive was picture perfect as I approached my dinner destination in the James River Valley. Parking here is tight, so if you bring a group, carpool. Cars with 1 person are not allowed to park there. As I got out of the car, I was greeted with the warm, comforting smell of fresh lavender. I got out of the car and literally said, “I feel so happy”. 😊

There is a little stream on the property that you can cross with chairs on the other side for a photo-op as well as the lavender garden itself. I also noticed some cows in a nearby field – not close enough for you to smell but nice to look at. My party had our meal in the evening and the glow of light bulbs was warm, inviting and relaxing.  They also have live music. Justin Larkin was playing and his acoustic guitar sounds really added to the experience. There is a quaint shop with lavender wares like soap and essential oils as well as other items such as headbands and earrings.

First of all I’m a self-proclaimed cheapskate so the pricing was a little much for me. They do offer alcoholic beverages some of which are lavender infused. I ordered the Lavender Berry Bellini. It was described as a Bellini, Prosecco cocktail, featuring frozen fruit. Well the fruit was NOT frozen when served – maybe because it was so hot – and it was pricey $8.50 per 8 oz glass. For me personally it was just okay tasting. I know that drinks are more expensive at restaurants due to paying for the convenience and pairing it with your meal but I normally don’t order drinks while eating out. Splitting a drink and two entrees came to around $25 for me including tip. Sufficient to say I had a little sticker shock.

I saw a few photos on social media and noticed the food was served on small cutting boards so I had a little to eat before I went to the restaurant. I wish I had eaten more prior to our lovely meal. I split a meat and cheese platter as well as the prosciutto with friends and although it was delicious, I was still hungry. The food itself had a good taste although I’ll be honest, I pretty much just wanted a platter of salami. 😋 The prosciutto was fresh tasting as well but I was probably more hungry than I should’ve been, so I devoured it a bit faster than I had hoped.

I tasted a friends’ humus with lavender and my drink had lavender in it as well but I’ll be honest, I didn’t really TASTE the lavender. Someone commented that if you found a piece of lavender in your food, you really could taste it. Otherwise it wasn’t much different, at least in their opinion. I don’t know if I wanted my food to taste like lavender necessarily, which may be a good thing because it wasn’t a distracting flavor.

Should you go there?

In a word: Yes! The atmosphere is really what sold me on this place. It’d be great for a girls night, date night, anniversary or birthday. I’m glad I went with friends first though. Not that my husband wouldn’t like it but he would not get full. I’m sure I would want to go back.  Dinner is by reservation with an open seating lunch during the week and brunch on Sunday. They are closed on Mondays. They are only open for the month of June and July 1st. I’m so glad we went during the evening. It was magical but be sure you bring your bug spray. I didn’t get bit but the bugs were definitely biting. Check out the link to my Facebook here for more photos.

Have any of you ever been there? If so, what did you think? Comment below!