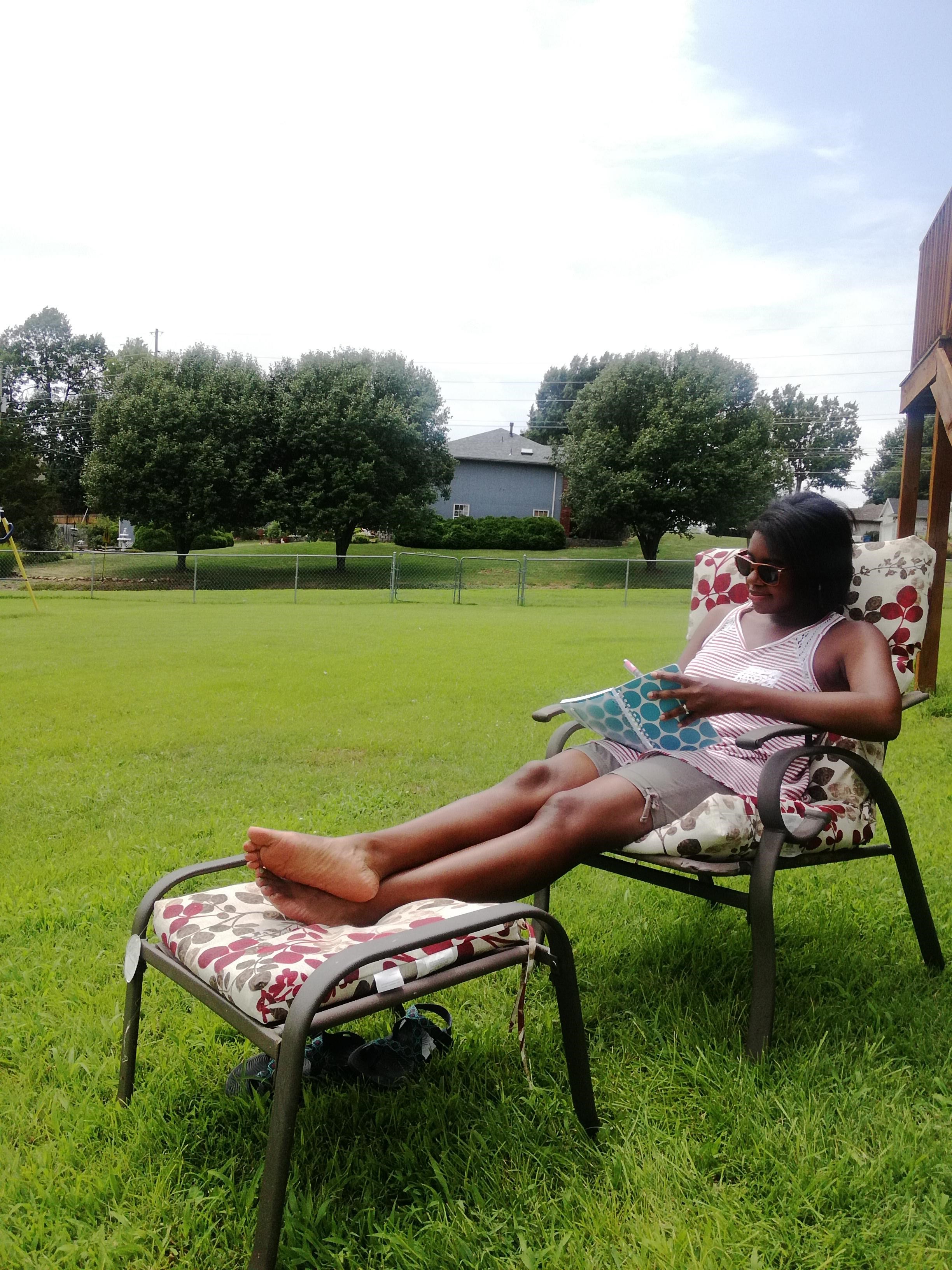 I’m a self proclaimed people person. I find joy in getting to know others. I’ve always been interested in people’s history and what they find to be amusing. It can be energizing for me (or draining depending on who it is 😝). But I’ve come to realize that there is such a profound joy in paying attention to my own priorities and focusing on my goals. That’s how I enjoy my family. That’s how I stay in the present. That’s how things get accomplished.

However, I often get distracted from my own surroundings with social media. It’s a big temptation for me. I love Instagram and if given the opportunity, I will scroll my whole life away on it. But in a time where it is easy to get attention on social media, there is something to be said about privacy. As much as I love posting pictures of my kids, my husband or things I’ve done recently, I don’t want it to take away from my everyday living, breathing life.

I had to check myself last week because I posted 8 insta-stories (😳) in a 24 hours period, when I intentionally don’t post more than 4 a day. Not that anything is wrong with posting more than 4 but for me, I put so much time into what I’m posting, text or photo. Then there’s the caption style and GIF options. Before I know it 5 minutes have gone by and I’m still trying to get it ready to post 🙄. Needless to say, I’ve been trying to take a step back from posting stories as of late.

Finally there’s the comments on pictures. I can spend a significant amount of time reading people’s comments on Instagram posts. There are so many arguments in the comments, same for Facebook. Some of the comebacks are hilarious. As funny as it is to read these, it can be a drain on reality. I’ve spent time before bed on social media before bed exhausted but give it 5 minutes and I’m sucked in, awake and can’t fall asleep.

Another example of how I get caught up in other people’s business is reality tv. My guilty pleasure is the Bachelor/Bachelorette franchise. There is something so satisfying about watching someone else find “love”, traveling and also living vicariously through them while hoping they choose the person that you think is best for them. Not to mention the drama that sickeningly makes me feel good about myself. I like to call it the Maury effect. I used to watch Maury Povich in my teens and no matter how bad my melodramatic teen life got, I would always think, “Welp. At least I know who my dad is. 😆”. (If you haven’t guessed it by now, I secretly love drama as entertainment except in my own life. Hard pass.) Fast forward to a couple weeks ago and after watching about half the season of Becca’s journey to find love on The Bachelorette, I was bored. Maybe it was who was on the show or how much they referenced her past relationship but I was just over it. Watching the show was becoming a chore instead of a way to unwind. I would rather do something more productive like read a book, journal or go for a walk.

Last week, I talked about the goals that I had for the year and to be honest, part of the reason that I’m not achieving them is because I’m spending too much time focused on everyone else. What is this famous person doing? What’s going on in the news? What’s going on Facebook/Instagram? I don’t have time for it. I’ve come to a point where enough is enough. I’m focusing on my family, my goals, my friends and reaching out to others in the real world instead of what’s “trending”.

On the flip side, don’t confuse minding my business with lack of concern. I still take time to text/call someone when I’m thinking about them. I still do my best to reach out to people and get to know them but I don’t have time to research people anymore. (Back in the day before I had kids, if someone sent me a friend request on Facebook, there was a good chance that I went through a bunch of their photos & their bio. Those days are a thing of the past. ) If someone confides in me that they are having a hard time or struggling with something, I will still take time to encourage them and pray for them. I do still read the news but in moderation. I still care about people but I don’t get so caught up in other people’s lives that I neglect my own. There is such a full life to live outside of being nosy and paying unnecessary attention to other people. Here’s to enjoying the present without diving head first into someone else’s business. It’s a waste of time.