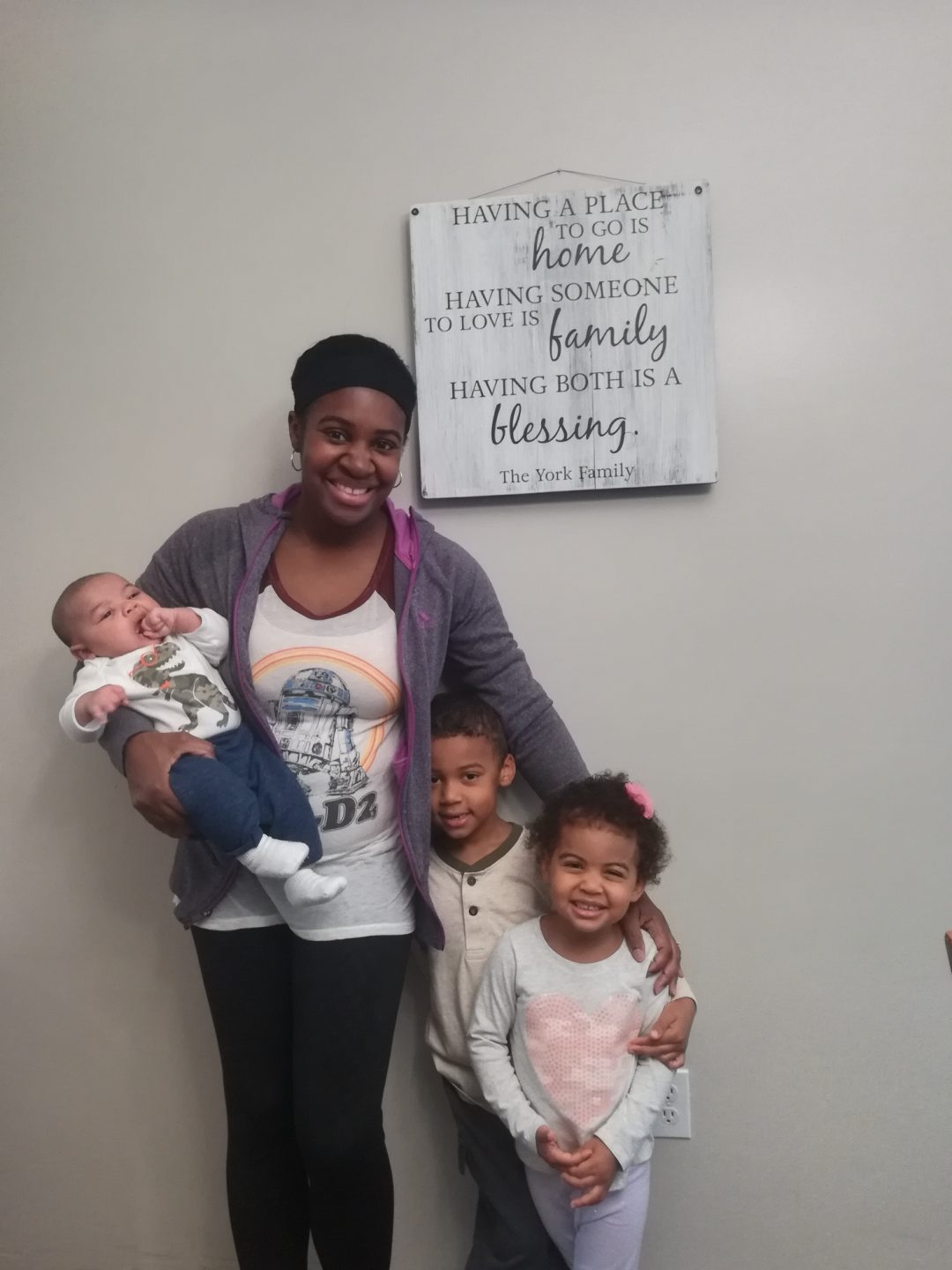 I’m back! Please excuse any grammatical errors that may be in this post. I’m tired. 😴☕😆 I took a bit of break post-baby to settle in with our new son, being a mother of 3 and now in a family of 5. When my daughter was born, I didn’t write anything for 7 months. I’m trying REALLY hard not to do that this time, so I feel like now is as good a time as ever to start sharing about what life is like these days – two months in.

My personal Facebook page lists my occupation as a Domestic Engineer at York’s Wild Kingdom which is the name of a zoo my husband visited once on the East Coast as a child. Comparing our house to a zoo could not be more accurate. It can be crazy over here.

I was heading out the door with all the kids to walk my oldest son to kindergarten. The day, like most days, had involved a lot of repeating myself for the two “big kids” to get themselves ready. All three kids had eaten breakfast, were dressed and ready to go minus their shoes (although my baby doesn’t wear shoes 🙂 ). It almost looked like we were going to be leaving a little early. I’d just made some oatmeal for myself to eat and decided to roll the baby over (he was laying on an activity mat) from back to belly for some tummy time before we left the house. He’s already such a strong little boy and tummy time doesn’t seem to bother him. I rolled him over and to my surprise found an explosive poop up the back situation and waved goodbye to the extra time I had. (He is such a chill kid and doesn’t cry even if he’s had a major poop.💩😂)

After using many a wipe and changing the baby’s clothes, I scarfed down my now lukewarm oatmeal over the sink before we left the house. Welcome to three kiddos.

One of my many takeaways thus far with three children is to be flexible. I had already learned this lesson with two kids but adding a third has taken it to a whole other level. Generally, I thrive in routine and structure but every time I’ve had a child, that part of me dies a little and a more go with the flow version of myself emerges.

It’s a different world with three kids. It’s louder. It’s busier. It’s messier. There’s more laundry.  There’s more crying with all the kids trying to get my attention for their own personal emergency – some real, some imagined.

But there’s also more love. More hugs. More smiles. More kisses. More laughter. And another little person along for the ride. It’s a bit crazier but I’m so thankful for it. It’s what I don’t think I could’ve ever fully prepared for and I’m just taking it one day at a time.❤️