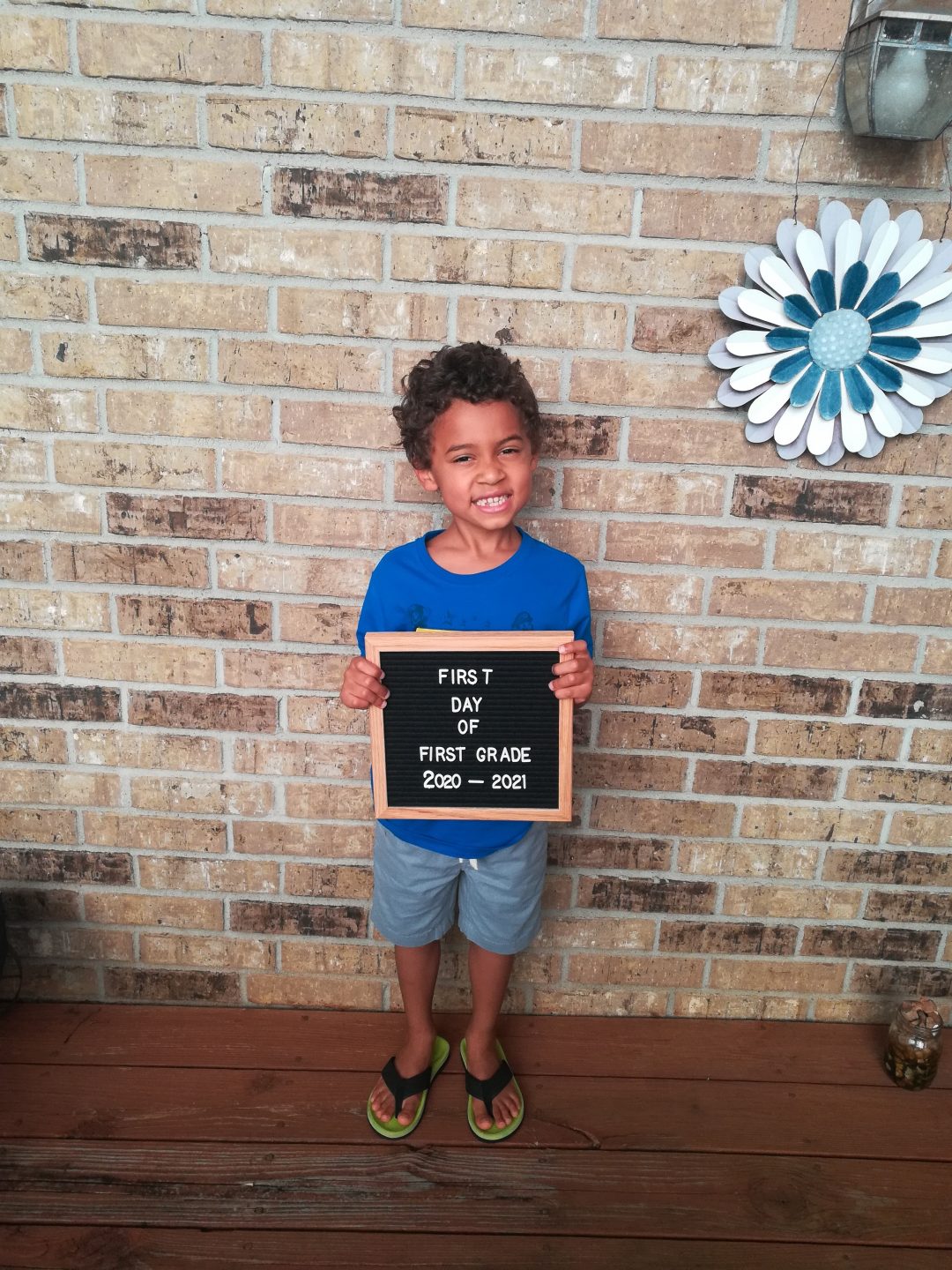 Today is a milestone for my first grader. It marks a month since he began his new grade as a full-time virtual student. In our school district, there was an option of signing up your child for full-time virtual or part-time in-person learning with two days of in-class instruction and three days of virtual lesson work. Of course, there was frequent talk about what everyone decided to do for their kids. In my opinion, it comes down to what’s best for families in this unforeseen and unpredictable situation.

In Greene County Missouri, whatever option the parents decided for their student was the choice that they have to stick with through the first semester. We made our choice, in large part because of this. To each their own of course. The point of this blog post is not to argue what type of learning is best but purely share my experience of how virtual learning has been going over the last month.

To be honest, I feel like that quote from A Tale of Two Cities pretty much sums it up. “It was the best of times. It was the worst of times.”. 😆 In the words of my son: “Virtual learning is good and bad. It’s good because we get to learn. It’s bad because you can’t play with anyone.” His reasoning is valid but here’s my take.”

To begin with, schooling was hard. We had a relatively good and low key summer. Leaving behind our “whatever we felt like” schedule was a big adjustment. Last year, I remember being diligent to get my soon-to-be kindergartner into the routine of going to bed at 8:30 pm. I’m pretty sure on the night before school he went to bed at 9 o’clock (or maybe even 9:30 😬 ).

When the first day of school began, none of the online programs were available. My child spent five hours on zoom throughout the day getting to know his teacher and classmates. He was fried and I was too. He just wanted to play and I wanted to let him. On the second day, we started doing the curriculum. His teacher recommended that the parents sit with their students to begin the year. That proved challenging since I still have two other children and a household to run. I soon realized that I could not get my usual home management done while virtual learning. I had to evolve and become more creative, diligent, and intentional than the mom I had been in the summer. (I still miss her though. Myself as a summer mom is a good time.)

I also lost a good chunk of my social life. 😭 I began seeing some friends in July and it was nice. With virtual learning, attending scheduled zooms is a large part of their attendance. No more time for play dates and get-togethers that had backed off a lot anyway due to the pandemic. No time for chatting with friends. Virtual learning has put a strain on my time causing me to set my phone aside and pay more attention to what was going on in my house. (I’m still learning to do a better job of that.) If you have texted me saying that you were thinking of me in the last month or asked how I am doing your extroverted friend greatly appreciates it. 🥰

Then there are my other two young children. Bless them! I absolutely love my trio. I wouldn’t trade out any of my kids even if I could. My almost 4-year-old daughter loves doing workbooks and has decided she wants to learn how to read. (She wants to keep up with her brother.) I got her a few workbooks, videos, and sight word flashcards and she is eating that up. I don’t push her too hard because of her age but she wants to do it. Sometimes, she pretends to be just like her brother and asks “if she has to do” whatever we are working on. Not because she is upset or being pushed to her limits but just because she is pretending to be like her brother that complains about his schoolwork. When I break character and say, “You don’t have to do this right now.”, she’ll tell me that she wants to but I need to argue with her to do it. She has also taken to pretending to play school with her 1-year-old baby brother. She often reads him books but can get disappointed when he isn’t paying attention.

My youngest will be 14 months soon. He can almost walk and as lovable as he is can make executing virtual learning hard. He often plays in what my husband and I jokingly call the dog run -the rectangular baby-gated play area that we put him in when we really need to get things done like cooking or going to the bathroom and don’t want him roaming all over the house. One day I was doing a zoom for my daughter and he had managed to get into our pantry, spilling spaghetti noodles onto the floor. After that, I had to get on a Zoom meeting for my son in which my daughter got in on the noodle action and spread broken spaghetti noodles all over my kitchen. The plus side is he is such an independent kid and as social as his older siblings were, he really likes to play with toys or puzzles by himself. Maybe it’s because his four other family members smother him with love all the time or maybe because he’s spent half his life in a pandemic.

What I’ve learned in the last month is that as tough and unconventional feeling as virtual learning is, we’re here and we’re doing it. Some days we get all the work done before 4 pm (Praise God!🙌🏾). Sometimes we have to set things aside and sometimes we move on from school altogether. It can be especially hard when my son is struggling with understanding a subject and I’m not sure how to encourage him. I’ll give him a pep talk, hug and we do our best to move on. This can work sometimes other times it does nothing. It just depends on the day. For the most part, we roll with the punches.

It can be tempting to get caught up in the what-if or what could have been with school or life but I am choosing to make the best of it. When I’m exasperated so is my child. He picks up on my mood and that just makes it worse. In the past few weeks, especially the last two, it has gotten a lot better. For the most part, the work is getting done in a timely manner. I’m becoming more patient. My husband and my son now share a workspace for his schoolwork which is a big help. He only goes in there to do school and I think it helps to separate school and home. My son has also gotten more independent in doing his work. I no longer sit next to him for 5 hours a day (Thank you, Jesus!🙌🏾). He does is what is required and my husband and I do our best to stay out of it unless he is getting really frustrated.

So this a long post to say, school is going fine. I’m happy with our decision at this point in time. My son had some assessment testing for reading and math last week and he did very well. I’m super proud of him but would be proud regardless just because of who he is and is becoming. There are hard days for sure but we’re getting through it. So if you have school-aged kids how is it going? What type of learning are you doing? Are you happy with your choice? Tell me all the things. And per usual, thank you for reading. ❤️